Finding your “true calling” is often considered a romantic notion possible only for the likes of artists and writers. However, nothing could be further from the truth; so says the ancient Indian tradition which considers dharma- one’s true calling or the way of life meant for each individual- to be of utmost importance.

As per this philosophy, to pursue another’s calling is folly. Not just that, your life’s fulfillment depends on it. Such a pursuit- aligned with your true vision is termed yoga.(Not to be confused with the practice of certain physical postures which also bears that name.)

A true vision born in your soul,, and the earnest pursuit of it- these are the worthiest things in human life. This philosophy is expanded upon in the Bhagavad Gita- a treatise for living the God Krishna gives to the warrior Arjuna when the latter is confounded about the right course of action during the Mahabharata war.

Modern day leaders in organizations often stumble with a lack of clear vision to lead their team. Indeed, such problems are all too human which makes the aforementioned philosophy always relevant.

Let us now look at the different aspects of finding your true calling or vision, and the more meaningful life which awaits those who heed the call.

True personal vision is born within yourself

Importance of finding your own personal vision

The word “dharma” is broadly translated as “righteous action” in modern times. But the fine nuances of the word are probably lost in translation. Another interpretation of the word is “the task or deed you are born to perform.” In other words, your true calling.

In this context, the Gita mentions how it is better to follow your own dharma- no matter how arduous-than perform another’s(Chapter 18, Verse 47).

By forsaking one’s dharma, one’s mind is assailed by fears. Rather than a pathological condition, this fear could be because you follow a path your psyche is not prepared to deal with. This creates disturbance in the psyche, making you permanently agitated.

Taking a leaf out of this lesson, the Temenos Vision Lab or TVL helps you realise your True Personal Vision. As the term suggests, the vision is personal, discoverable only in your own self and no one else’s. Developed based on 25 years of business consultancy experience and psychological insights, transformation coaches in TVL guide you to that vision, the purpose to which you were born. The process could be compared to clearing thickets to reach at a destination.

The knowledge-gain in following your vision

In the Gita, the theoretical knowledge about things is termed ‘Samkya’(Chapter 2) whereas the actual practise of following your vision is called ‘Yoga.’

While gaining knowledge has the potential to lead one to higher wisdom, and is a worthy pursuit in itself, the Gita mentions that practising your true calling would also lead to the same gates of wisdom as the gaining of knowledge does. In fact, it is mentioned that if you follow your true vision, all the knowledge that you seek will come to you in the process.

This idea of theoretical knowledge and the knowledge you gain with practise is particularly relevant in the contemporary world.

For here, we are practically inundated with information thanks to the internet. However, instead of getting saturated with all that information(knowledge), if you have a strong personal vision, you could have a more fruitful time figuring out how to best use the different bits of information in the pursuit of establishing your vision. This ability to parse and collate data, and apply information as and when needed is called metis.

Krishna and Arjuna at the battlefield- 18th century Indian painting

Leaders in modern organizations often find themselves in the dark regarding the direction in which they should lead their team. In other words, they get confused regarding the course of action they should take.

The Gita poses this profound question in another way: What is the difference between action and inaction? Even wise men, it’s said get confused about this. The answer that is provided to is worth pondering on: Those who could see action in inaction and inaction in action, has the right knowledge, it’s said.(Chapter 5, verse 17)

An interpretation of this answer is that following your own true calling or dharma, your deeds strike the fine balance between action and inaction.

Action for its own sake would only lead to expending energy, leaving no space for satisfaction. Continued inaction, on the other hand results in lethargy. By performing actions pertaining to one’s own vision, you make sure that your deeds result in self-contentment or satisfaction, even as you are achieving what you set out to do in the world.

Without knowledge of right actions, you become embroiled with inner conflict

Mapping your influences and thoughts to discover vision

Aside from the panchamahabhuta(the five great elements) viz earth, water, fire, air and ether the Gita points out three other elements as our constituents- thought, reasoning and the consciousness of individuality.(Chapter 13, Verses 6 & 7)

In this view of humans, your reasoning should guide your thoughts while reasoning itself is guided by the consciousness that shines bright in you. It’s a harmonious interplay which helps you follow your vision without distractions.

The presence of these different elements show that the measure of a human couldn’t be a compartmentalized self. In the present era, it’s all too common for one to stress upon the professional self or the personal or social self etc., only to lose focus on other parts of ourselves.

However, to discover your True Personal Vision, you would need to consider yourself from a more holistic perspective. To do this, you need a tool or mechanism with which to ‘map’ the different parts of yourself.

The Influence Maps is a tool developed by Temenos+Agility which helps you do just that.

Used in TVL, Influence Maps consists of the key steps of Personal Mythology, Clean Slate, Personal Vision and Compelling Shared Vision. This holistic methodology helps you assess all the internal and external aspects which may have influenced or shaped your behavior/character.

You thus get a better handle on your own thoughts and reasoning, helping you derive a vision based on who you are rather than a vision bestowed upon you by an external agent.

Now, just because you are following your true vision doesn’t necessarily mean there wouldn’t be setbacks on the path. In fact, such failures are to be expected, for without them, the possibility of improving oneself or a process you have designed wouldn’t arise.

However, the intriguing fact, according to the Gita is that practising your true calling(Chapter 2, verse 48) helps you transcend the pairs of opposites- the sadness that comes with failure and the delight from victory- and help you proceed on your chosen path with equanimity.

This idea of improving oneself, and transcending your base self is linked to the quality of equipoise- the ability of a change agent to monitor what’s happening in his or her own mind and find ways to improve any shortcoming they may have found there.

Also, the transcendent quality of a vision-inspired leader has associations with limerence-a change agent’s intense desire for a higher sort of connection within themselves.

Limerence- a deep yearning for a higher connection with yourself

Making the mind a clean slate for continued learning

Yoga is quite the popular these days. But it is not the set of physical postures which helps with your physio-cognitive mental health that is meant here by the word. The word as it is used in the Gita means the idea of leading a life according to your true calling.

The gita urges one to destroy the ignorance-born doubt that prevents you from realizing your vision with the knowledge of your vision.(Chapter 4, verse 42). The rise of vision could then be compared with the dawn when the sun’s rays parts the curtain of darkness on earth.

As you may imagine, realizing vision would also involve cleansing the mind of the various negativities which may be blocking your progress as a change agent.

In this regard, TVL incorporates the Clean Slate session. By encouraging self- reflection, this unique session helps you identify the misapprehensions about people and processes that could be the result of past experiences. Not just that, the session also helps you weed out these negativities, so that you proceed confidently without unwanted mental baggages.

Kundalini yoga and the Temenos approach

As far as yoga practices go, the one that most closely resembles the practices incorporated in TVL is kundalini yoga.

Kundalini is said to be a life force located in the base of our spine. Symbolically, it’s represented as a coiled serpent. Further, it’s said that seven chakras (focal points in the subtle body) are found in humans. By practising Kundalini yoga, the energy at the base of the spine rises through the six chakras and eventually breaks through the seventh and the highest chakra in the crown of the head.

The energy gets activated by breathing exercises when the two types of life forces in the body- prana and apana converge at the third chakra that’s found around the navel. From there, it moves towards the brain where it activates what’s called the golden cord which connects the pineal and pituitary glands. This awakens latent mental power and also helps you gain better control over your mental processes.

In the modern era, the famous Swiss Psychiatrist Carl Gustav Jung correlated kundalini yoga with psychology as we know it today. Particularly, Jung found the symbolisms of the yoga as relevant to the concept of the collective unconscious. Jung was of the view that yoga is a natural process of introversion. He held that it would lead to inner processes which in turn results in personality changes.

Jung also said that the ancient system of yoga leads to the development of a condition of non-ego in the practitioner. This condition, he said affects our individual psychology. This approach to human development facilitates a connection between the non-ego and the conscious ego.

In Jung’s view, chakras represent psychic factors that couldn’t be expressed except as symbols, owing to the psyche’s complexity. In other words, using chakras the proponents of the yoga system presented a symbolic theory of the psyche. As Jung saw it, the deeper submergence into our psyche is an ascent and not a descent. It helps us evolve, transcending the conscious ego which opens a path to the suprapersonal.

Jung gave a lecture about the same in 1932, which is worth reading in its entirety. 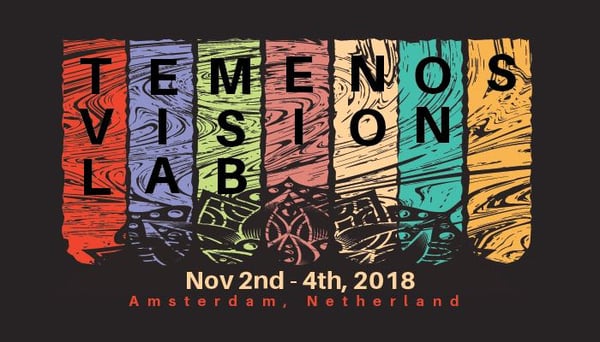