The Color of Thoughts

The soul becomes dyed with the color of its thoughts.

Eternal glories to the Hellenistic stoicism! The philosophers who overcame the trials of time, making their literature the cornerstone expression of the world & its dwellers. One of them is Marcus Aurelius, a king of the land far, far away, a capable warrior, and a stoic thinker. The aforesaid quote (originally written by the Heraclitus, a Pre-Socratic Greek philosopher) is the context of Aurelius' magnificent creation “Meditations”.

The Japanese phrase ‘kokoro ’- ‘something that moves my heart’ is the unerring emotion I felt while reading the teachings of Aurelius (often referred as The Wise). It was nostalgic. His memoirs make me feel like I have known him all of this life. I have never met him yet I imagine- If I can travel back through the mist of time, I really wish to meet this person. Talk to this person and ask this person all sorts of questions. This blog is my effort to encapsulate the findings of the Roman Emperor Marcus Aurelius. A man whose life was not all emerald-stained, there were also clouds of decisive wars and usurpers.

Now, what made Aurelius write down his thoughts? What was he looking at? Was it the rustic, pastoral towns? Was it the scenic, abundant kingdom? Or the never-ending human struggles stretched under an ever-changing sky. Without any doubt, Rome was a land of controversies and corrupted souls- so the history says. Did Aurelius want to break free from that? Though it's difficult to wash your hands from sins when you’re the major part of a power struggle. Obviously, a person of this century has no ways to certify that. Yet my inquisitiveness seek the answer- how everything in the universe appeared to the eyes of a supreme ruler?

is an element to feel the universal, unfazed by time or land. It’s the one that transcends language barriers, takes us into a realm of human dreams. It’s the indisputable, collective entity of happiness, longing, despair, emptiness, awareness, conjecture, idea et al. These thoughts fill our voids that can’t be explained.

Unlike other philosophers, what Aurelius able to capture in his work is the rawest form of emotions. In some of his words, you would get this mournful, overclouded perception. But his work is unmistakably a powerful manifesto that comes from his countless, reflective aphorisms and transformations. 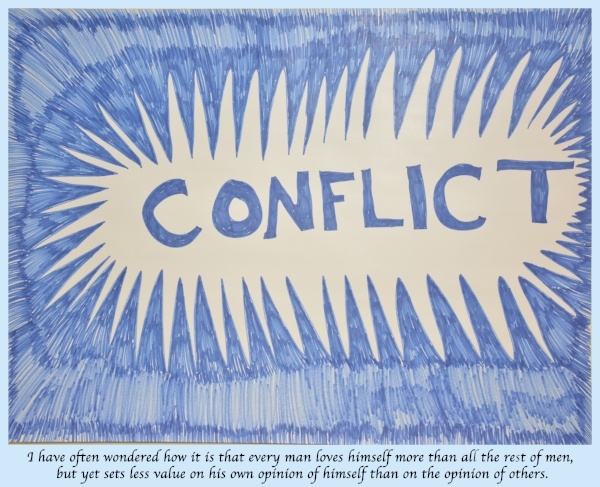 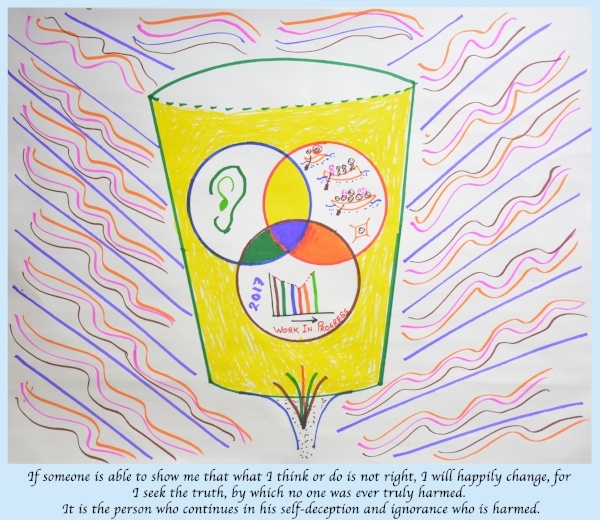 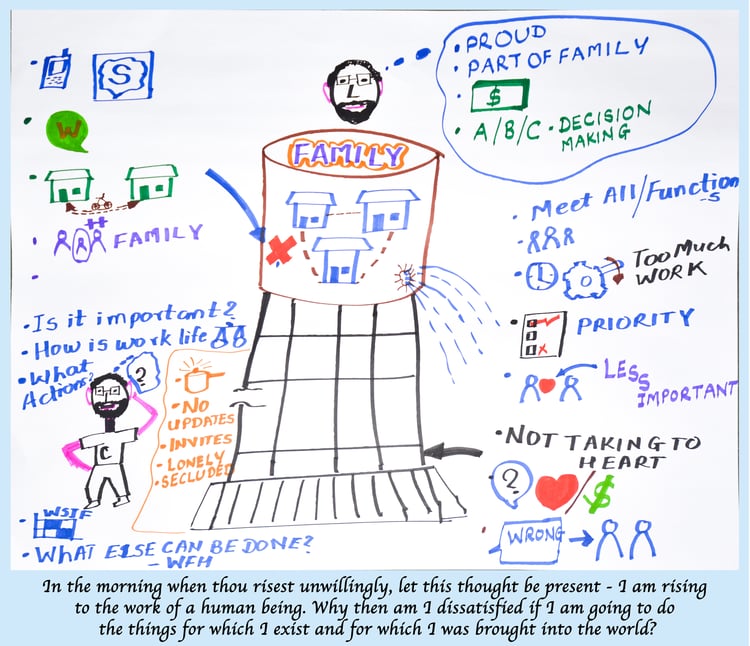 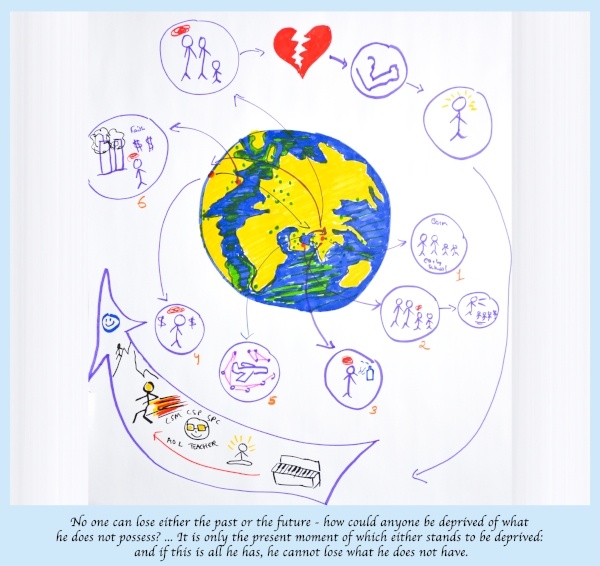 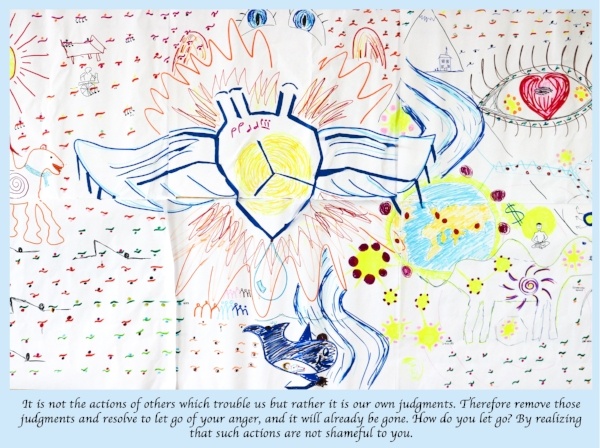 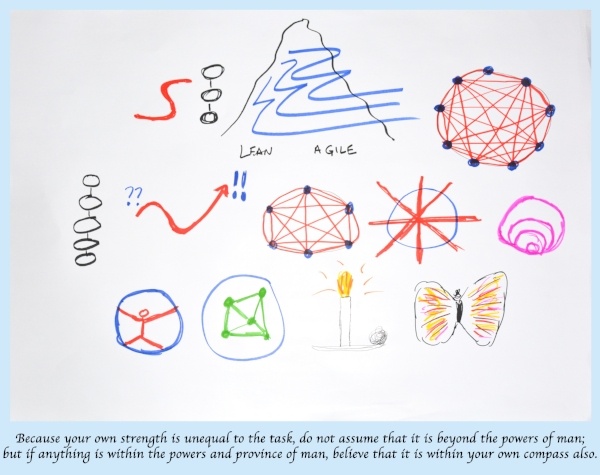 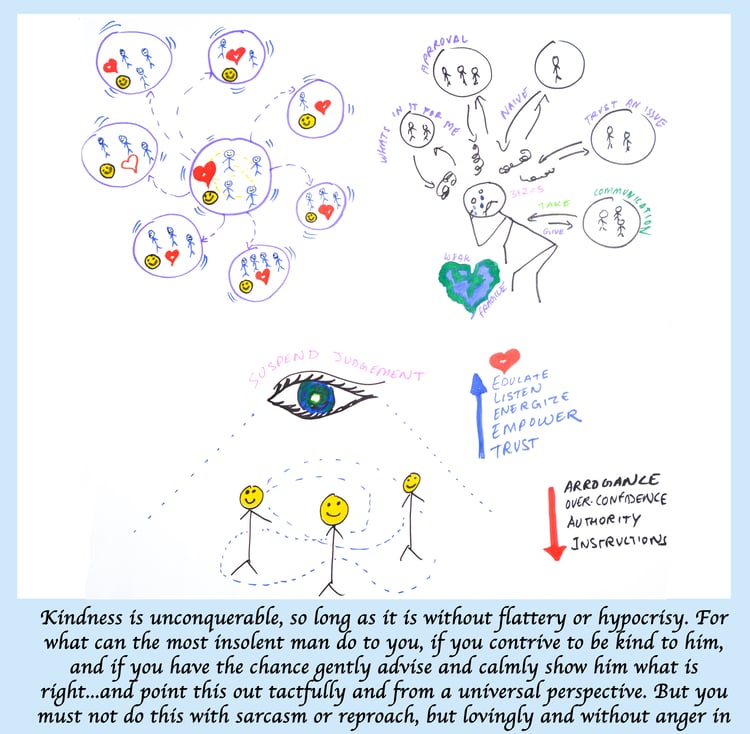 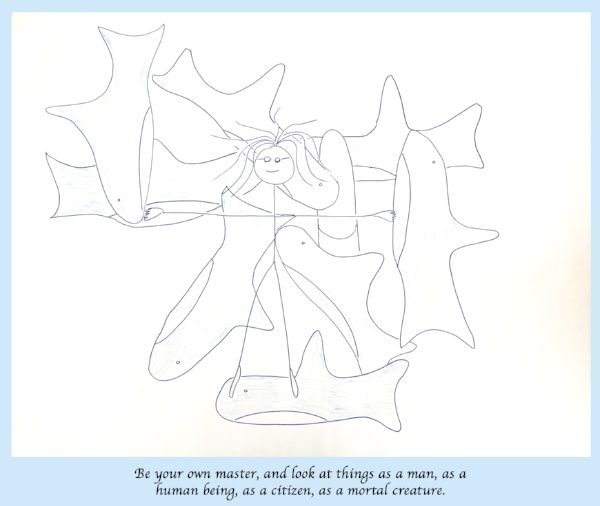 These are the pictures drawn by our Temenos vision lab Participants. You can see how beautiful they are! I have tried to link Aurelie's teachings to each of these images, as I see a deep connection forming between them. You would explore more of these images with more content in my upcoming blog i.e. Temenos Articulation Conundrum. 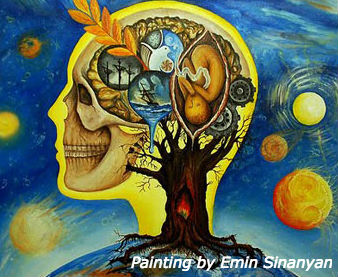 In keeping with the definition (from the cognitive science) -- the Extended ...

In Agile, we always attribute unsolvable problems with the teams or leadership ...