Seeking the Intellectual Side of Ambiguity

Ambiguity is a Challenge!

Dealing with ambiguity is like a bunch of cars trying to cross an intersection point at once. They never get to pass and more cars pile up over time.

Many of the great leaders admit how there is a requirement to handle more and more ambiguity in today’s complex system. If change is what we want, we must address the questions that are unanswerable (not just to answer them) instead of twiddling the thumb around the symptoms.

I often ask myself- Is there some thing called absolute certainty? The phrase sounds peculiar. But I sighed in relief as I  was attempting to be less-ambiguous with the words. Then again, there was a faint hint of irritation-

Perfect certainty is an illusion. And I am already ragged with such experience. Even with a sophisticated mind, there are aspects where questions remain and uncertainties grow. Assuming there’s something granted exist, putting a question mark on that is a healthy way of learning and growing. But how much we’re comfortable with embracing a paradox (that may or may not be considered as uncertainty).

In these situations, we could always point the institution. For instance, the students could blame the education system. The engineers could blame the industry. And for the normal citizen, it’s the politics and government. But this is again the same scenario, pointing the symptoms. That is exactly why I write this blog. Not to vent any personal dilemma but for us to understand how different individuals deal with ambiguity and biased beliefs. To understand how (not) impressive humans are while confronting the unfamiliar. And discover the intellectual side of ambiguity that helps to trigger creativity and innovation.

Be it the cross-word or the bent- or the jigsaw, all of us are quite acquainted with puzzles. Each of the puzzle pieces carries some information. And the number of information determines the degree of certainty and uncertainty. It means we always get to face those few pieces that don't fit easily with the other pieces. Since it is assumed that the puzzles are going to resolve, we are often instructed to filter out the information and form the patterns. 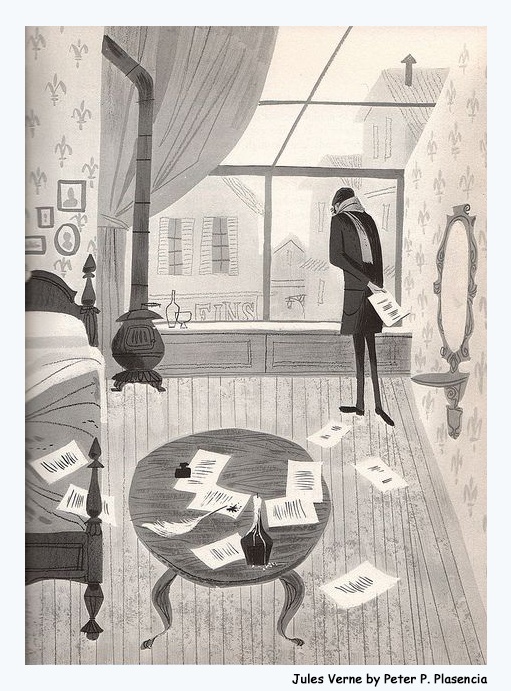 In a nutshell, our decision-making is mostly influenced by the number of information and processing of the information we do before coming to a conclusion.

Look at each of those puzzle pieces, what do you see? The color differences, the small imperfections, size diversities and so on. Then with the probabilistic mind, you measure the number of chances of a puzzle piece to fit in the missing place. This is also how we tend to work in our real lives. But what happens when we don't find any solution? Sometimes we search for more context. Some are there who rely on their worldly knowledge instead of chasing the unfiltered information. Also, there are those who reach bottom line with a false or biased belief (Bottomline syndrome).

For example, you are out for shopping. You find two things (A and B) of your liking. But you can’t determine which one to choose. You have a feeling that A’s features are better than B. But you are not familiar with the brand. So you ask the shopkeeper but he isn’t giving you a convincing answer. Then questions like these come to your mind- It looks good. Will it last like the brand B? Even though it’s beautiful, does it look good on me? With all these doubts, you finally choose to buy B. Because A fails to pass through your risk-weighing filter that strongly escalates the subject of branding.

The concept is similar to Bayesian probability - in which, instead of frequency or propensity of some phenomenon, the probability is interpreted as reasonable expectation representing a state of knowledge or as quantification of a personal belief (wiki).

It may be a mere coincidence. I have been remembering Conan Doyle’s character Sherlock Holmes quite a time. The word puzzle reminds me the evidence pieces of a crime.

I mean, Holmes' cases are always set on 'unexplained settings' in the lands of ‘impossible crimes’. For instance, the murder weapons are always something out of the box. Even if there’s a weapon evidence, you would barely get any clue of how that is used. Moreover, the suspect has a perfect alibi. There are also cases of closed room crimes- in which, the murder takes place but usually appears like a suicide attempt. There are some outrageous cases introducing metaphysical phenomena that are used to mislead the investigation. Yet Holmes has the unique way of analysis. He doesn’t waste much time with obscure information that can lead the case to somewhere else. He observes every single thing that is there on the crime spot to determine the place of murder (assuming the victim was murdered somewhere else and transported back here), time, weapon, sometimes the feature of the culprit and so on.

Coming to the point, ambiguity is one of those elements that stirs human curiosity. At the same time, it torments our psyche and stimulates anxiety. Hence, it is no surprise that our kind hates ambiguity. But this is no weakness unless you understand- Surviving is not only about what you know, but how you handle what you don't know.

Are you familiar with medical ambiguities? Let’s take this example to understand more. Consider you have abdominal pain, fever and the doctor has diagnosed you with Disease A. You take the prescribed medicines and come back after some days for the next visit. Then you inform the doctor that you’re also having chest pain or hair loss. The doctor says it’s because of the weakness and prescribes some more test. In your third visit, you again inform him about another symptom. You would notice that the doctor has stopped paying attention to those unclear symptoms.

A Diagnosis can’t be always 100%. Moreover, no tasting can diagnose a disease completely. So the physicians follow the patterns (or templates) to get results but when they could not find any obvious pattern they determined it to be something psychological (not with any physical explanation). Thus when we talk about vague symptoms, many of the doctors tend to ignore the subject. It’s not out of any irresponsibility but because they want to focus on the organism that is growing inside your body (i.e. the disease you’re diagnosed with).

However, a doctor also to be vigilant about the ambiguous information. Like why the patient is having a fever? Why is he feeling dizzy? Sometimes you would easily find the answers but most of the time you would not get any clues. But telling the patient clearly about what he does have and what doesn’t; whether the symptoms are life threatening or not - decreases the anxiety.

Ambiguities are the uncomfortable gray areas which we try to hide (human instinct). Consciously or subconsciously our decisiveness gives birth to the prejudiced decisions. But dwelling in that ambiguous realm certainly gives a chance of re-creation. Think of it as a learning opportunity to adapt the unknown and illuminate the intellectual side of your fear.