Norse mythology is rife with some outstanding characters. Their enduring qualities and lovable quirks have even made some of them a staple of contemporary pop culture.

These characters include Loki, Odin and Thor- characters even those who aren’t well versed with the original mythology may know these characters thanks to their ubiquity across the modern entertainment universe encompassing movies, books, video games and more. Indeed, even if you are not keen on entertainment, it’s hard if not impossible not to come across coming across a T-shirt sporting images of these characters or a coffee mug or coaster with the same.

In other words, the industrial aspect of modern storytelling has ensured that the characters are known to all. Or if not all, at least to a significant chunk of the population.

What myths reveal about the self

Putting such mechanics of marketing aside, there is one key element that informs a character’s enduring popularity: it’s some key fact about human existence which gets reflected in certain aspect of the character.

In the case of Thor, this aspect is the very human tendency to solve every issue as quickly as possible. With the mythological Thor, the solution is usually sought using his mighty hammer- a weapon that’s behind Thor’s might might to a good extent in the first place.

For while Thor looks for honorable methods and ways to achieve his ambition, Loki more often than not resorts to trickery. It’s not unusual for him to mislead others so that he can get whatever he wants.

Such tendency, unfortunately, is not relegated to the pages of fiction alone. Indeed, it’s a fact of life that you need to be weary of those who may misguide you, tricking you into believing something is real, even though there’s no basis to believe in such a thing.

The characters of Loki and Thor offers two sides of the same coin. They are two brothers who takes diverse routes even if the end they want to achieve is the same.

As mentioned before, these characters represent aspects that are eternal in human existence.

And even though it’s convenient to demarcate people into ‘honourable’ and ‘dishonourable’ the truth is often murkier: For both the aspects are often found in our own selves. The challenge is in keeping the trickster self in check while doing everything to nurture the growth of the honourable self.

A method to organically evolve the honourable self- or the Thor aspect of your mind- is to discover your True Personal Vision.

True Personal Vision is the vision that resides in your self and which could be found nowhere else. Unique and formidable, this vision acts as a destination you could guide your team or organization towards.

It’s not just the honourable part but also the part of might which gets reflected in True Personal Vision.

As in any competition, the landscape of modern business also invites conflicts. And the mightier ones win in the conflict. Thankfully, physical conflicts aren’t the order of the day in modern business. These conflicts, are rather fought using wit. And with the competing drives of companies to achieving an end.

The drive of heroes that True Personal Vision brings

True Personal Vision- being by nature unique, provides a compelling basis for drive. And the might that such a vision lends the organization is unparalleled. For being unique to yourself, it's not a vision that just anyone else could pursue- not until you already have gained the upper hand in the business run, at any rate.

At this point, we can look at Odin- another terrific character from Norse mythology. A highly revered God, Odin is also the father of both Loki and Thor. Among his great deeds is sacrificing his own eye so that he could gain immense knowledge of the entire universe.

True Personal Vision is also a bringer of knowledge- about what to do, which course to pursue, and what destination to aim for. The great news is that no sacrifices are necessary to gain that knowledge- being at the right place, in a controlled and peaceful environment that stimulates the dormant vision to surface in the mind and the availability of experts to guide you to it. 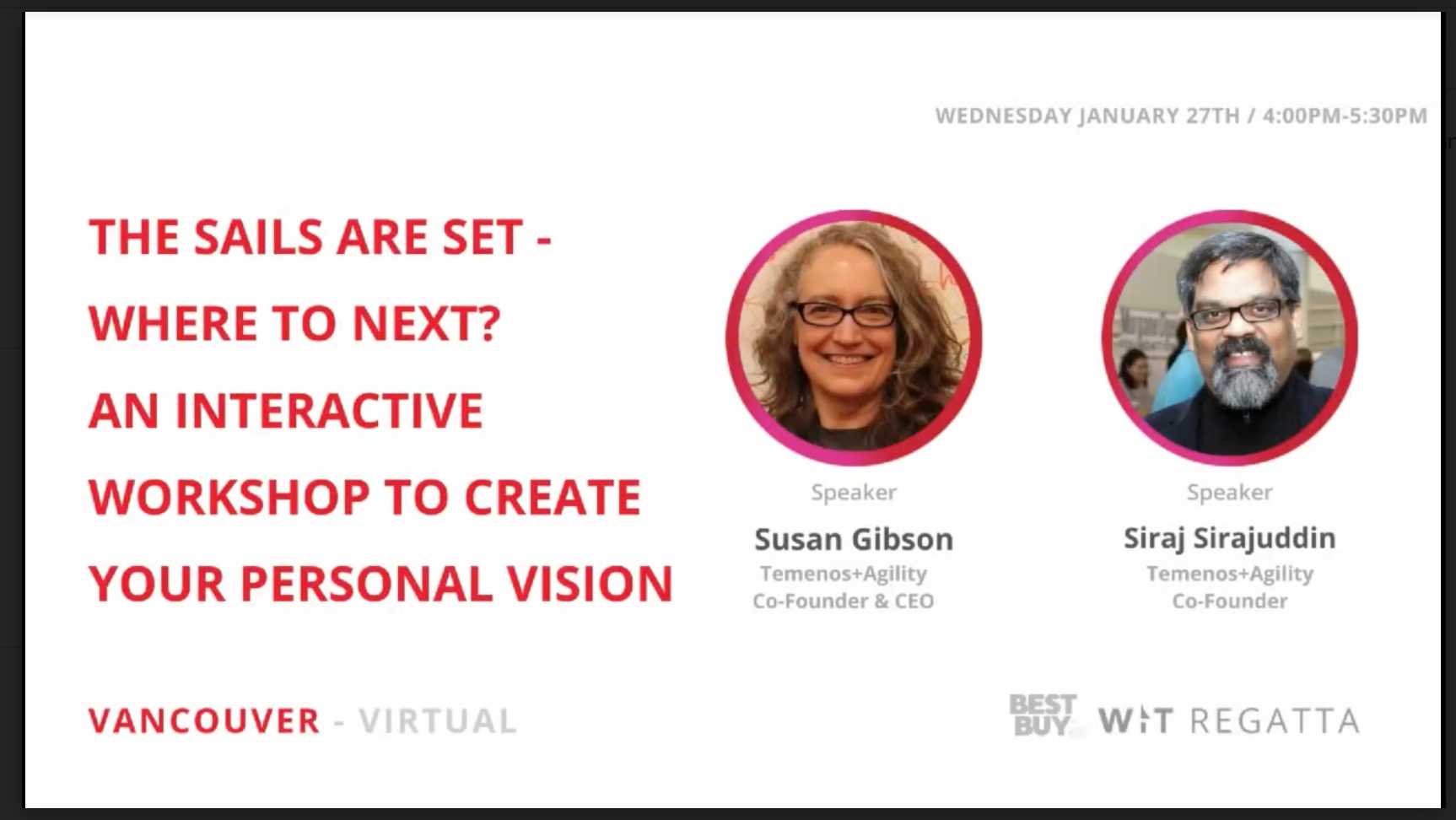 #RelationshipsAreTheTrueCurrency WiT Regatta 2021 You can watch the Workshop ...

When you think about a dragon, the first thing that comes to mind is perhaps ...

A challenge is an idea that is often synonymous with conflicts. But that’s more ...