Though the Lean history dates back to the old days of Japanese manufacturing industry, it did not came to limelight until the pre-20th century author/researcher, John Krafcik in his 1988 article - Triumph of the Lean Production System (based on his master's thesis at the MIT Sloan School of Management) officially coined the term.

There onwards a lot happened. The years of discovery and rediscovery in the search to reduce waste. Since then, decades have passed. Today we all know who and what played critical roles in developing a lean production system since the last industrial revolution.

I am unmistakably talking about the success stories of Toyota (Since 1990), and it's great makers, carrying the unique signature flares of lean thinking (i.e., Philosophy, Process, People and Problem-solving). All of these efforts are interwoven to form the product and avoid the waste created through overburden (Muri) and dissemblance in workloads (Mura).

Closely working from a client perspective, Toyota developed more than one way to achieve desired results. These amicable teachings/methods of leading a process / team / product are something awe-inspiring and can be counted as the foundation of a good organization that genuinely values the experiments, learnings, mistakes, reflections, and improvements. We now call it the 4P Model of TPS (Toyota Production System).

Here is the brief understanding of the 4P Model: 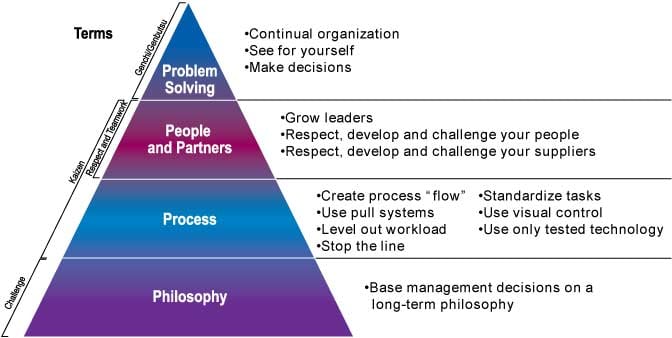 As Toyota ventured in, it has proven to be more than capable of earning its own identity. In the journey, Toyota leaders accepted long-term Philosophies as the fundamental law for everything.

As I have mentioned many times, Philosophy should not be something that goes as "Sayings." It should be a medium to explore and interpret the world changes in various ways. Coming to learn philosophy, the overall idea is based on respect for people.

It's not always about delivering a perfect product or cost reduction or avoiding waste. Behind everything, there are concepts of humanity, humility, empathy, and connection building that you must understand. And all these elements are integrated into Toyota's culture from the very beginning.

A sneak-peek into Toyota's History: Today's Toyota is the remanence of an adventurous youth named Sakichi Toyoda-- who was born (on February 14, 1867) into a family of farming and carpentry in the village of Yamaguchi, Japan. As Sakichi grew up, he showed no interest in inheriting the family business. Instead, he left his village and came to Tokyo.

In his staying period, Sakichi saw many modern factories and the latest machinery. He was fascinated by stepping into the automation world, where human labor was considerably reduced. That was the point that hit him hard. Being born into a farming community, Sakichi was well accustomed to the struggles of farmers, especially women. To make his life better, he came back and started his research on improving the handloom business. Soon after, In 1891 he obtained his first patent for the Toyoda wooden hand loom (i.e., Toyota Boshoku) - Predecessor of Toyota Motor Co. and Toyota Industry Co.

They have this beautiful saying - "We don't just build cars; we build people." I am so in love with this phrase and can not count how many times I have used it in my blogs. This one message bullheaded directs everything to the heart. And the most beautiful thing is they have successfully done something so high-scaled that most of us have fancied yet failed in practice.

In organizations, everything starts with happy employees. And Toyota shows enormous interest in cultivating passionate people and building their careers. There is a very honest rule that exists for that- Managers in Toyota must be good teachers. Therefore, they spend an enormous amount of resources for training and coaching. This has been engraved in their culture and ethics.

And with this being said, let me give you an example: There are very few brave leaders who keep faith in their people, help the organization in change adversities and don't hesitate to take responsibility. And among them Kiichiro Toyoda's (son of Sakichi Toyoda) story is well-known. As per the Toyota history, Kiichiro resigned from the company because of flagging sales and profitability, which made him lay off many associates. Not only for leaders but for any human being to say, "This is my fault, and I must take responsibility" is not something so easy to do.

Toyota leaders learned through mentorship and experience that when they follow the right process, they get the right results. The company has a stronger inclination towards long-term investments on process development that are most difficult to achieve. And I believe, the overall idea is to integrate the perception of Kaizen in their culture and eliminate waste from the system.

In regards to this, I found an interesting theory. The literal meaning of this Japanese word is- Kai (change) and Zen (better)- Change for the better. It doesn't say anywhere that it should be continuous. The change/improvement can be for one time, or constant, large or small. But Toyota has taken it as a process of "continuous improvement."  The process welcomes each of Toyota's employees (from the clerk to CEO) to participate and articulate their views of improvements. The overall

History of Kaizen: Dr. Deming (U.S. advisor) came to Japan with a purpose to build the community after world war 2. There he identified Kaizen and introduced it in his 14 points for management. It was reintroduced to western business by Masaaki Imai when he published his book on "Kaizen: The Key To Japan's Competitive Success." 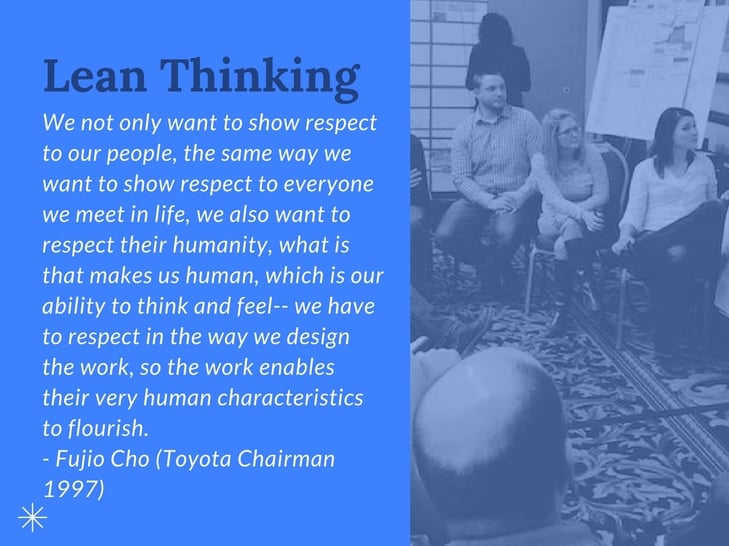 When the whole industry is buzzing with the extensive search for the best talent, Toyota demands hard skills and shows interest in nurturing them into the very best leaders or workers. They believe, if a person has the desire for personal growth and the capacity to learn something, they are worthy of giving resources and labor to develop.

They don’t have to end up being legendary leaders or greatest geniuses but at least achieve the status of good. As I have mentioned previously, Toyota managers and leaders play vital roles in building raw teams into higher-class workers. They are trained to play the role of teachers, who need to pass their knowledge and experience to the next generation. It is quite similar to the code of Shu-Ha-Ri (Read more).

Coming to partners, Toyota considers them as part of the organization, and they give their utmost efforts to building them up. So that they become better as a result of working together with Toyota.

These key principles of Toyota suggest-- To root out any problem, the leader has to go the actual place (where the problem is occurring). It means staying in the same environment, experiencing, observing and analyzing to find out the solution rather than being offsite and devising strategy without any real idea (of what’s happening out there).

Toyota Sienna’s chief engineer (2nd generation) Yuji Yokoya set a perfect example on this. He drove a Sienna about 53, 000 miles (i.e. from Anchorage to the Mexican border, south Florida to Southern California). The experiment was to find out the problems and necessary improvements. And what he observed was -- the improvement requirements on the crosswind stability, excessive steering drifting, tighter turning radius, and many other things.

After reading all this, you would stop wondering why Toyota is so successful in the manufacturing industry. Another best candidate who achieved success by adopting these 4Ps and 14 principles was Henry Ford, which we will be discussing in my upcoming blogs. 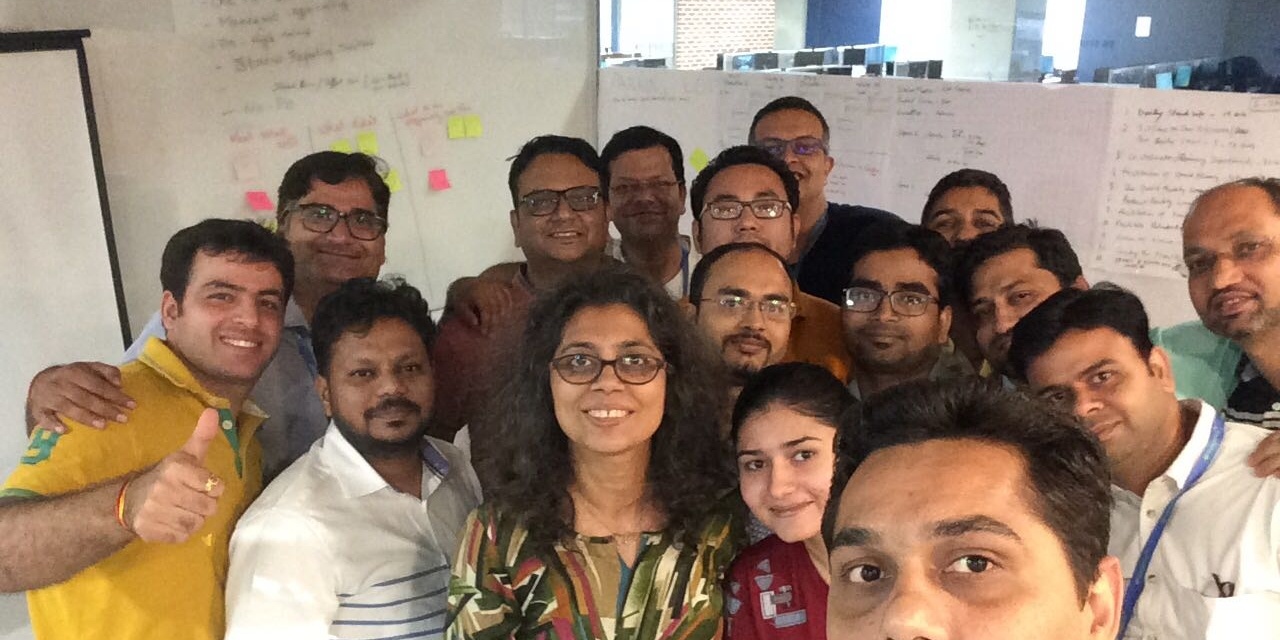 Barriers to a Lean Agile Mindset

I am committed to answering all questions posed in my SAFe classes. In the 2 ... 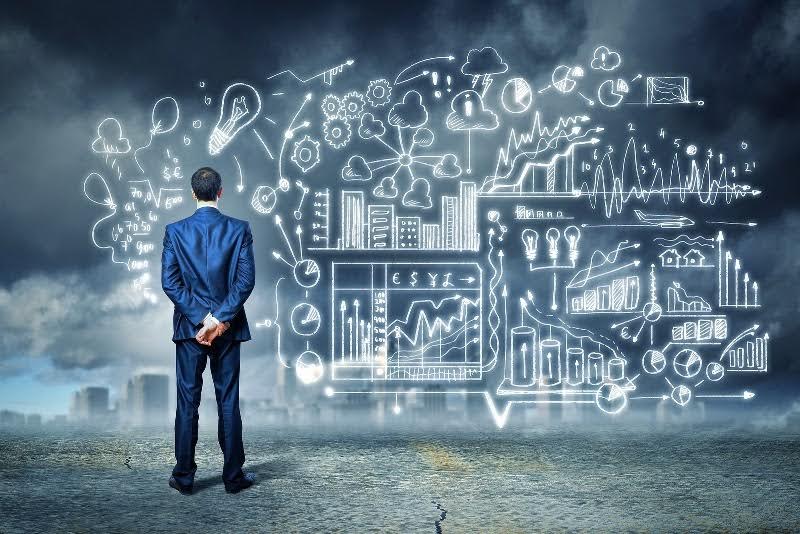 I spent 20 years as a "conventional" banker, and another seven as a ...

In today’s globally competitive business, change is considered as a vital step. ...