Influencer is a change agent with magnetic characteristics.. Great leaders are often described as having certain magnetism in them. According to the new research, personal magnetism is something beyond charismatism -----more profound and delphic.

Charismatic Leadership Theory
Charisma is something that we admire in others and wish we had that characteristic in ourselves. Then What is Charismatic leadership? This term can be described as “A change agent having charismatic aspects i.e. charm, impression, attractiveness, aura or personality ---- that can sprout devotion in a system.” It is the power or ability to transform people by putting extraordinary efforts and the transformed followers become abide with the leader’s mission and vision. They exhibit their utmost loyalty and trust on their leader. A charismatic leader is like a shining hero in white clad armor, who can prepare his people to do things, that is impossible in ordinary cases.

You can also find the records of such heroic leaders from history. The amazingly talented ones with courage and ambition--they won tough wars; cured unknown diseases; excelled in literature & politics-- Even some of them were regarded as magically gifted. They possessed unnatural charisma. So many people vowed their utmost loyalty towards them. To those followers, it didn't matter if it is a turmoil of war or massacre of civilians or a fight with the almighty heaven. They just followed the footsteps of their warrior leader with a blind faith.

This is Obvious. When you are drawn to a person and have ABSOLUTE confidence and trust in his/her ability you would do anything blindly, even if it is to set foot in a trap. You will face any hurdles without thinking of the consequences. This method can bring titanic changes in a container, but depending on the leader’s present behavior and thinking it might be disastrous.

So, today's generation needs a different kind of leadership, something beyond charisma…

The Problems Of Charismatism In Leadership

Though charismatic leaders have charismas, but somewhere it sounds so surreal. Is it even possible for a person to do everything single-handedly? A charismatic person by their presence can bring miraculous promises, but those are just promises--- doing something alone can bring failure in the execution department.

As I have said before, the present mind state of a leader impacts the outcome of the container. Since charisma is a personality it can change into good or worse by situation..The outcome can be ten folds much better than the organization’s expectation or worse than anyone can think of. For example the "Pied Piper Of Hamelin"..

A legendary tale of the middle ages, where many children unusually disappeared from the village of Hamelin.

The sudden appearance of the young piper in the village of Hamelin was a fate. His promising and confident words were the greatest hope for the villagers. The act of playing the piper and luring the rats into the Weser river was mystical. Undoubtedly, The villagers praised him and marked him as their savior. They were mesmerized by his charisma.

The love, trust, and fondness the piper gained from the villagers were priceless. But maybe the young character wasn't a shining hero, he was someone who acted out of his ego. Though many recorded history says he took revenge on the villagers just because of some money. But in my point of view that wasn't the only reason. Maybe there was this egoness and pride he had on his ability and also the superiority complex---that made him mad and insane out of anger. Finally, he took his revenge by luring the innocent children into the river in the same manner as he did with the rats. The savior turned into a murderer just because of some ignorant things.

Here the point is, a charismatic leader may have a great personality but may not possess a great strength of mind. In unfavorable situations, he may subconsciously or un-subconsciously lead the followers in a dreadful direction.

According to Professor Andrew Kakabadse “A charismatic leader can be a great communicator or has very weak followers, that blindly trusts his/her decisions. Circumstances like these give birth to another tricky attribute called manipulation. When manipulation comes into the picture it twists the wonderful concept of charismatism."

There are many dynamics other than manipulation that leads wonders of charismatism to do blunder. One could be legacy-----Whatever I do here I want to be remembered for something. The second is personal satisfaction; things like I really want to stamp my personality on here and it is the stamping of personality that causes a tremendous problem... When charisma goes wrong, that psychology dominates rationality of strategy.”

What Are You?
A Charismatic Or A Narcissist…
How many leaders out there are really acquainted with the concept of “True Leadership”. Yes, I know you are charismatic character, and can do a lot of unthinkable things----but for What Purpose? You are trying to change your organization, making new plans, teaching a bunch of people, changing their lives... That’s a big deal--- But is it your EGO, that is driving you to do all these things or are you just fond of doing things that will tell others “Oh Look! How Special I Am..”

Jim Collins says “Leadership is NOT a personality, some leaders do have charisma, but a lot of the very best leaders we studied in history have what I call Charisma Bypass, they can be almost strange in their behavior, some of them can be magnetic in their behavior… If you are highly charismatic, that is not necessarily a positive thing, because the critical thing we found about how people engage with a leader is not about this external stuff….It has to do with an answer to a simple question----- Why are you a leader?”

Influence: The Mantra Of Transformed Leaders 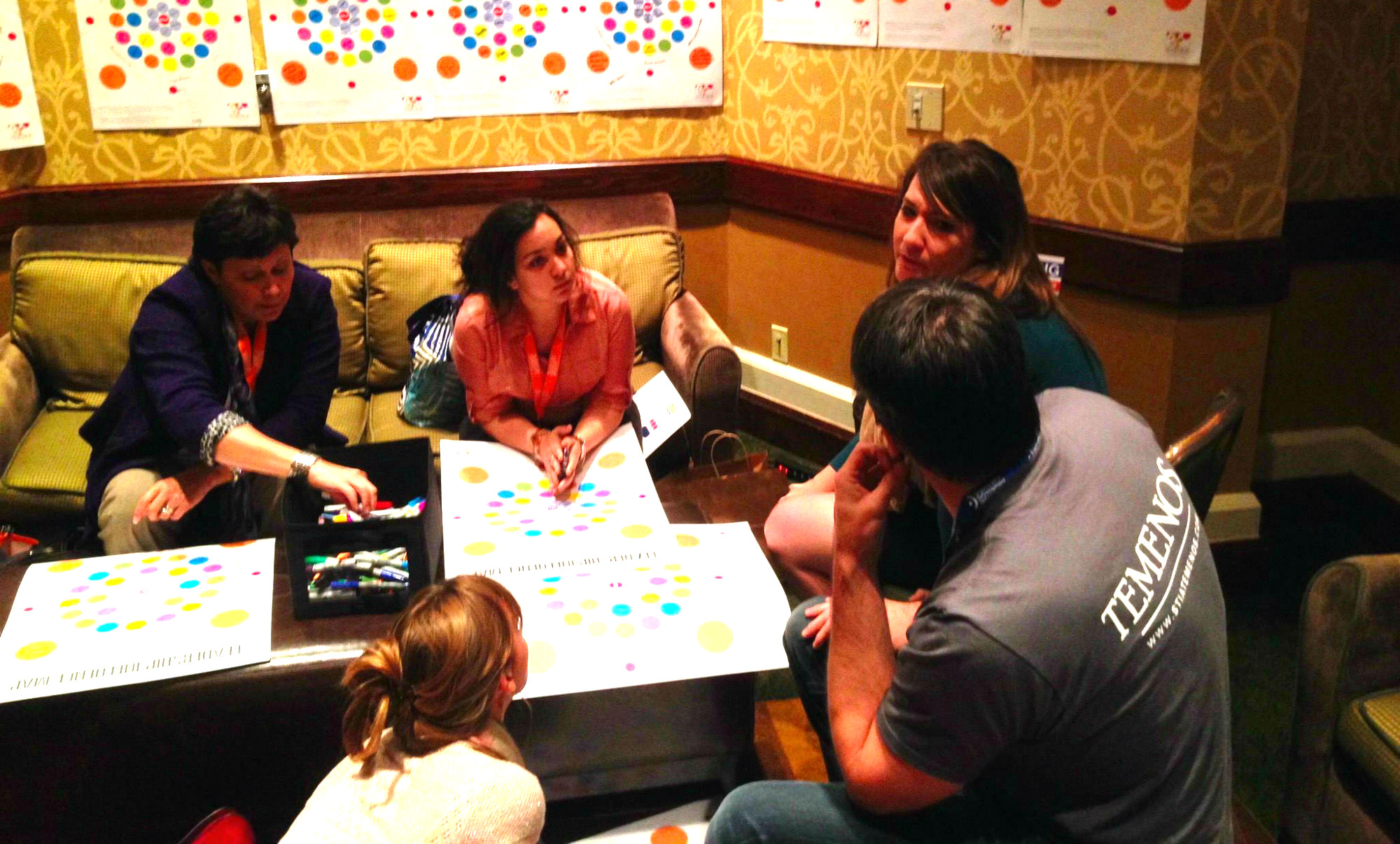 It’s not about words or behavior or outlook, influence is all about how you handle a certain situation, how you react to critical scenarios… People around you are watching that--- your subordinates, your higher authorities each of them are watching your leadership movements. So, you should always keep in mind how can you influence the people around you.

First, you need to understand the reasons why people are so reluctant towards a change. There could be many reasons depending on the circumstances. May be they lack courage--- they are afraid of the consequences that would come after the change Or maybe they lack resolve or commitment.

Here is my question to all of you “Are you thoroughly aware with the level of your mental strength?” Resolve, commitment, promise all these dynamics come to a person having high mental firmness--- the ability to keep focused and determined in unpleasant environments. Good mental strength brings a brimming confidence and helps you to be more emotionally volatile in adversity. It also develops your gutsiness to learn from your mistakes.

There were times, I felt my inner-self telling me “Don’t stop, keep going on, you still have time in your hands, so try harder….” I would call this a mental strength. An Influencer’s first work is to bring out that strength of mind in the container by any means.

I have seen many leaders try to replace the resource if that fails to work as they want. Which is not a proper solution of the problem, and how many times are you going to repeat the same process instead of finding a legitimate solution.

There is one more thing “Do NOT treat humans as resources.”
People are the ones who create the resources or transform the resource into a much bigger resource. Human beings have endless possibilities, they think-- they collaborate-- they make plans and give a new sensation to the container. Maybe today’s corrupted world tempered with humanity, many people have abandoned their ethics in business, but that doesn’t decrease the possibilities of a human mind. So, a true influencer is the one who guides such potential minds in a best possible way.

Influencer’s competency
Joseph Grenny says “Influential Leadership is not about being a motivational source for others, but also acquiring the competence and courage to do so.”

Human has a tendency to grab the shortcuts or choose the path that is easy and burden-less. Bad stuff often feels pleasurable, easy and satisfying to people---where the good stuff feels burdensome, dissatisfying and difficult. So as an influencer how would you face this? There are many ways to solve these issues without any conflict, but first you need to confirm the depth of your knowledge. How much are you aware of the present circumstances? Which decision will be favorable for your organization and your subordinates? Don’t teach something to your people, which you are unable to follow. Even if you follow don’t throw your changing principles on others, try to know how they feel about this? Make them realize their dreams and visions... What are they capable to do? Give them an insight of their skills and support them to enhance their abilities. This strategy will help you to remove the barriers between you and your people.

In my research, many great organizational leaders, who introduced great changes spend a vast amount of time and resource in learning and teaching skills to their employees. Our(Temenos+Agility) goal is to cultivate such influential leaders for your organization, who can discover structural plans and principles to make your container’s work more subtle and comprehensible.

Humility - The Stance of an Enterprise Change Agent

In today’s authoritarian age, when being powerful is everything, the leaders ... 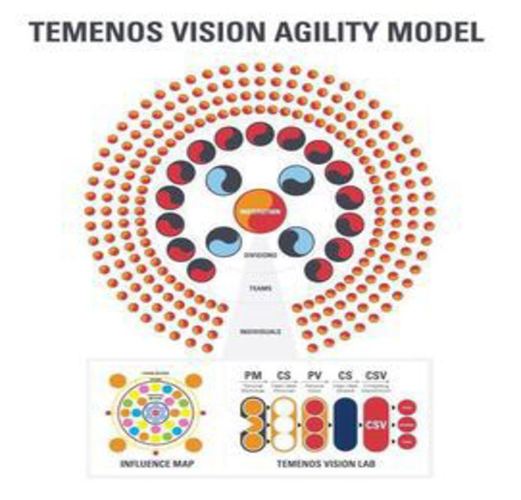 Giving the Enterprise Aim Through A Compelling Shared Vision

A system is a network of interdependent components that work together to try to ... 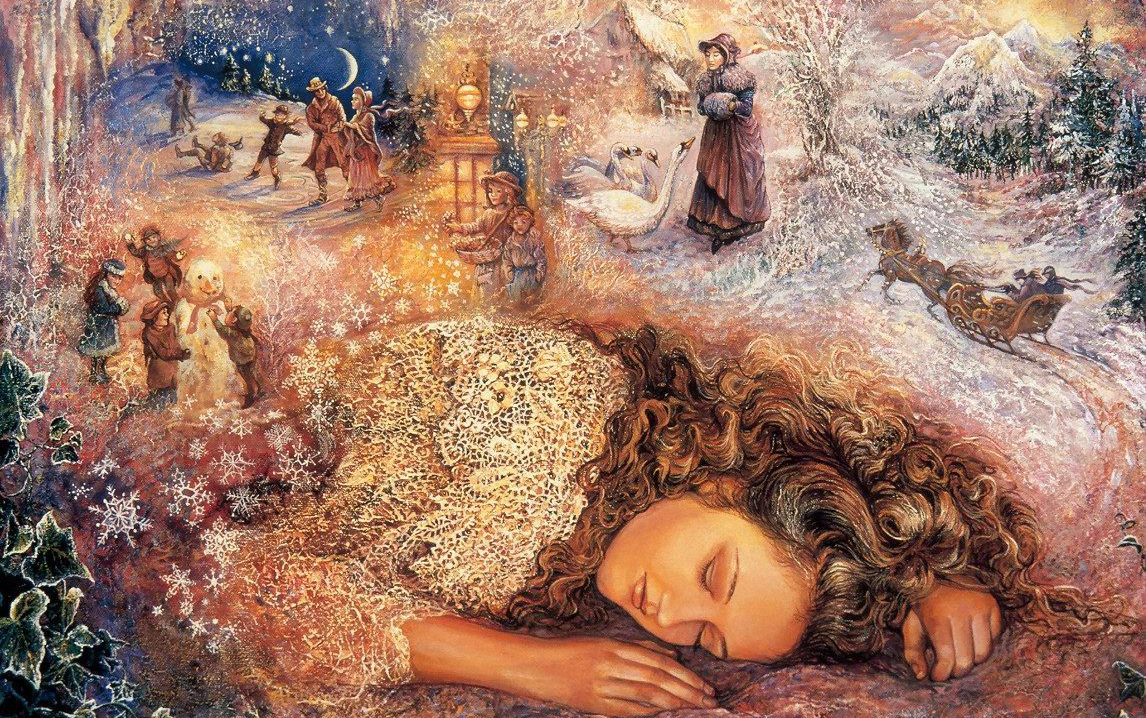 In the quest of leadership what do you think is the core element that ...