We had a lot of learning while presenting the Webinar on "Evolving your Teams, OKRs, Meetings & Decisions." The Webinar Focus was team, team health, the concept of meetings that we want to bring forward how to work OKRs, how to Leverage what we're doing in terms of tools and practices to delegate and decentralized decision-making, and then a quick overview and a demo of teaming. We bring the Learning and New Ideas to share with you!

teaming started in 2019 when we worked with agile teams with leanKit. The idea and the effect that the leader or manager had on the teams we are working with was great. The value of good leadership is impactful for the teams in the meaning and purpose that they find in their work. Hence, we started teaming as a tool for everything a leader needs to lead a team: management and skills progression and some of that is a little bit more on the leadership side and learning how to coach.

team health is the architecture with which we think about teaming. The meeting's decision-making OKRs are the functions with which we make team health better. teaming in an organization rather than organizing the people around the work. 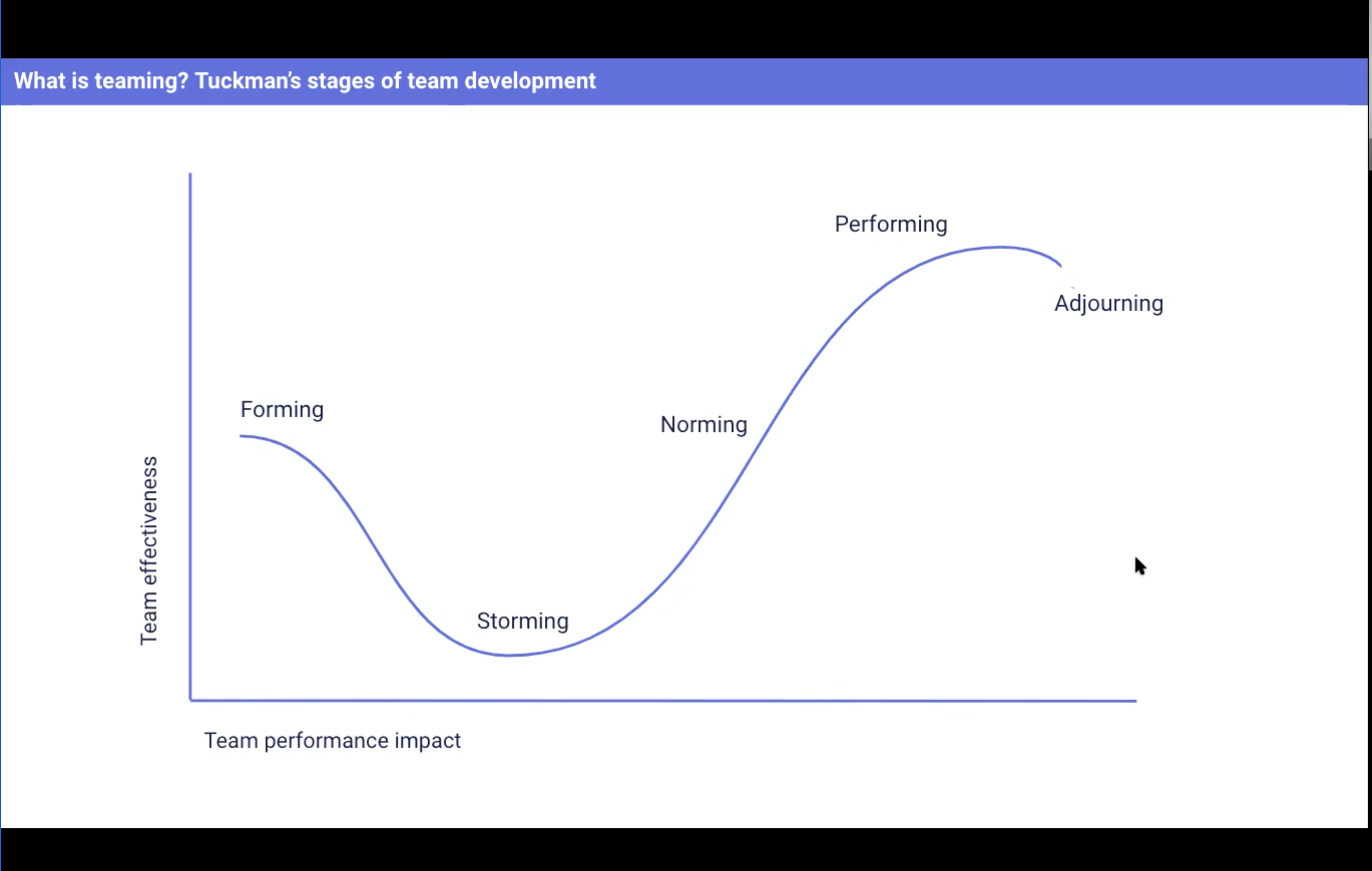 We often think about how cross-collaboration happens in organizations when we think about teaming; in traditional organizations -let's say a marketing team, you are a member of the marketing team you work on Department of marketers. Then you align with your stakeholders like sales or customer success or that sort of thing. With teaming, we might notice a business problem or an opportunity to take advantage of that we want to put a team together to either solve or take advantage of that opportunity.

This idea of teaming is around creating a team to solve a problem, and that team needs to have a wide variety of skill-set, so in a go-to-market instance or sales instance and it might be hey we've noticed middle-market sales of our product are down in the UK. Let's deploy a team to understand why and then create a plan to fix it then that's he might include a marketer, A salesperson, customer, account person, and analysts a product manager they have a wide variety of skills, but they are a team coming together to solve a problem, and what any group goes through whether you're in that model where multiple people of different skill-sets or you're working with ended Department, where you all have the similar skill, sets IE marketing you go through this process of a Team stage development, so the team comes together you're forming everyone's excited they're happy to be working together they're excited to learn the skills that other people have and can bring to the team and they're just getting to know each other and then typically not by intention we end up storming because we realize what a problem is. We may disagree on ways to solve it, or there might be conflict on the team. We often see teams don't intentionally storm; they storm by accident. They Avoid Storming because they wanted to stay at everything is good. We want things to be your people to be happy at work, and so we often avoid the things that really need to be said or work on together.

If we've to pick up a stage where most teams lose momentum or can't get through this stage very fast, it would be from Forming to Storming but let's say you got through Storming, then you start Norming you've got ways of operating, and depending on how well you stormed. It determines how well you Norm right, and again, most teams are not intentional how they Norm, but let's say you've credits and good practices you're able to talk about problems as they come up you have a common communication language. You understand each other, then you can put the pedal to the metal and start Performing, and that's that feeling that we get with really high-performing teams. Most people described it as magic, or his team had that X-Factor. That's what Performing feels like to members of a team.

Tuckman's stages of team development weren't originally designed to have adjoining as a stage but with the progression of our proliferation of teaming in an organization. We are joining teams, adjoining teams more often than we have been in the past, so this could be a classic example of a project team that comes together the project is complete; it was a success. Now that team goes off to do a new project, and the members likely don't work together, they're on a new team, and that's Adjourning. Honestly, you know it's been described to me before as people mourn. The high-performing awesome feeling of a magical team is the emotional stage people go through to find their next exciting career move. It can be hard to do, especially if you want to retain talent in an organization. It would be best if you thought about the adjourning stage. The members of that high-performing team can go off and help to create more high-performing teams and be part of what they found so meaningful Tuckman's stages of team development.

You can watch the Webinar recording here.