Socioeconomic Status is Associated with Poor Health in the Urban Core

Low socioeconomic status has long been known to be associated with poor health throughout an individual’s lifespan. Poor people are more likely than their more wealthy counterparts to be born at low birth weight, to be exposed to lead and household smoke in childhood, to become pregnant during adolescence, and to die on average 6 years younger, in part due to early onset of cardiovascular disease, diabetes, and depression.

Part of this health disparity is inexplicably linked to race. Internalized racism, stemming from lifelong exposure to subtle societal racist views, likely plays a role when disparate outcomes are seen in minority groups; for example, higher rates of premature birth among blacks, independent of socioeconomic status, have been reported. However, most sociologists agree that institutionalized racism, the long-standing clustering of poor minorities into impoverished areas with substandard housing, education, and health care, plays a larger role in the racial disparity of health. These same poor minority neighborhoods are also characterized by high dropout rates, unemployment, crime, and hopelessness. While this characterization of urban minority poverty is familiar, it is only recently that a direct correlation between crime and health disparity has been described. In Chicago, 43 neighborhoods marred by the highest rates of violent crime are also afflicted with the highest rates of infant mortality. Again, while this connection at first glance seems to be an obvious extension of urban poverty and crime, the block-by-block spatial relationship of these two entities is striking. More than 75% of census tracts with high homicide rates contained a high level of clustering for infant mortality and low birth weight. As expected, the same neighborhoods do exhibit poverty, increased high school attrition rates, and joblessness.

However, the incidence of several seemingly unrelated pediatric illnesses, 49 including obesity, asthma, and unintentional injuries, is also increased in these areas. These neighborhoods represent microcosms of “new urban poverty,” demonstrating the previously described relationship between poverty, crime, and now poor health care, on the street level.

Similar results have been duplicated in Cincinnati, which recently has possessed both the highest homicide rate in the Midwest (89 per 100,000 in 2006), and the highest infant mortality in the state of Ohio (17 deaths per 1,000 births in 2004). As in Chicago, violent crime and high infant mortality cluster in several historically black poor neighborhoods; our pediatric patients presenting with asthma and obesity likewise predominantly live in these same neighborhoods. Ironically, several of these areas geographically abut one of the world’s premier pediatric medical centers.

Now that the relationship between poor health and “new urban poverty” has been described, the next logical step is to begin to dissect the specific factors that perpetuate the cycle, and that tie pediatric illness to it. We propose a complex interaction that begins with well-described interaction of joblessness and unemployment, leading to high rates of crime and interpersonal violence, and thereby resulting in the imprisonment or death of large numbers of young men and women.

The association of this foreshortened male life expectancy and altered reproductive timing among young women has been described; in other words, young women make the conscious choice to become pregnant very early in life despite a lack of available child-rearing resources. The mothers’ young age places them at risk for premature birth and high infant mortality. Further, increased multipartner fertility places their children at risk for child abuse.

Finally, the high crime rates lead to decreased property values and a dearth of businesses, including grocery stores, gym or recreation facilities, or pharmacies, that would otherwise allow access to basic healthcare needs and facilitate healthy lifestyle choices. This description of “new urban poverty” is oversimplified, but does indicate the hopeless inter-relatedness of a multitude of factors. Of particular concern are the number of rigorous studies suggesting the causality of new urban poverty related concentrated disadvantage (defined as high poverty, unemployment, welfare receipt, many female headed households, and few well educated adults) and toxic stress on impaired brain development of infants born in impoverished neighborhoods. These studies challenge old paradigms and establish the salience of the interplay between nature and nurture. There is powerful link between neighborhoods and cognitive ability that extends across generations. Being raised in a high poverty neighborhood in one generation has a substantial negative effect on child cognitive ability in the next generation and has a devastating impact on the chances of graduating from high school. Indeed it is accurate to say that poverty in early childhood poisons the brain – for life. Neuroscientists have found that man children growing up in very poor families experience unhealthy levels of stress hormones which impair their neural development effecting language development and memory for the rest of the child’s life. Thus poverty is a more compelling root cause to be influenced than once considered.

As caretakers of children, we strive to polish our clinical acumen, advance accepted therapies through research, and pass our acquired wisdom and passion to new generations of providers, all in the name of delivering optimum care to our young patients. Although these ideals have advanced pediatric care and treated innumerable children in our hospitals and clinics, “new urban poverty” erects barriers to both halting epidemics of asthma, childhood obesity, and other pediatric diseases that threaten national pediatric health, and to advancing the wellbeing of these same children as they grow into adulthood. During his presidential address before the Academic Pediatric Association, Bernard Dreyer, proclaimed poverty and its consequence as an issue that hovers over and dwarfs all other issues; and the gross inequities among children based on race/ethnicity are very much related to and interwoven with poverty. The consequences to poverty for child and adolescent well-being are even more critical than those for health.

A Call to Action

We must, with public health officials and sociologists, embark upon the difficult task of delineating factors contributing to “new urban poverty” and ultimately, commit ourselves to fixing them. While the discovery of new therapies and conduct of outcomes-based research will always be essential to advancing pediatric care, these interventions will ultimately fail more and more of our patients who are embroiled in the cycle of crime, poverty, and health disparity. Our resources and intellectual energy must be turned toward solving the problems of “new urban poverty” if we hope to truly impact the health and wellbeing of children.

This article was originally published (see reference below) and is adapted here with permission. What You'll Hear How mentorship accelerates success for leaders and their ... Another great session with Selena M Delesie on the foundations of #Temenos at ... 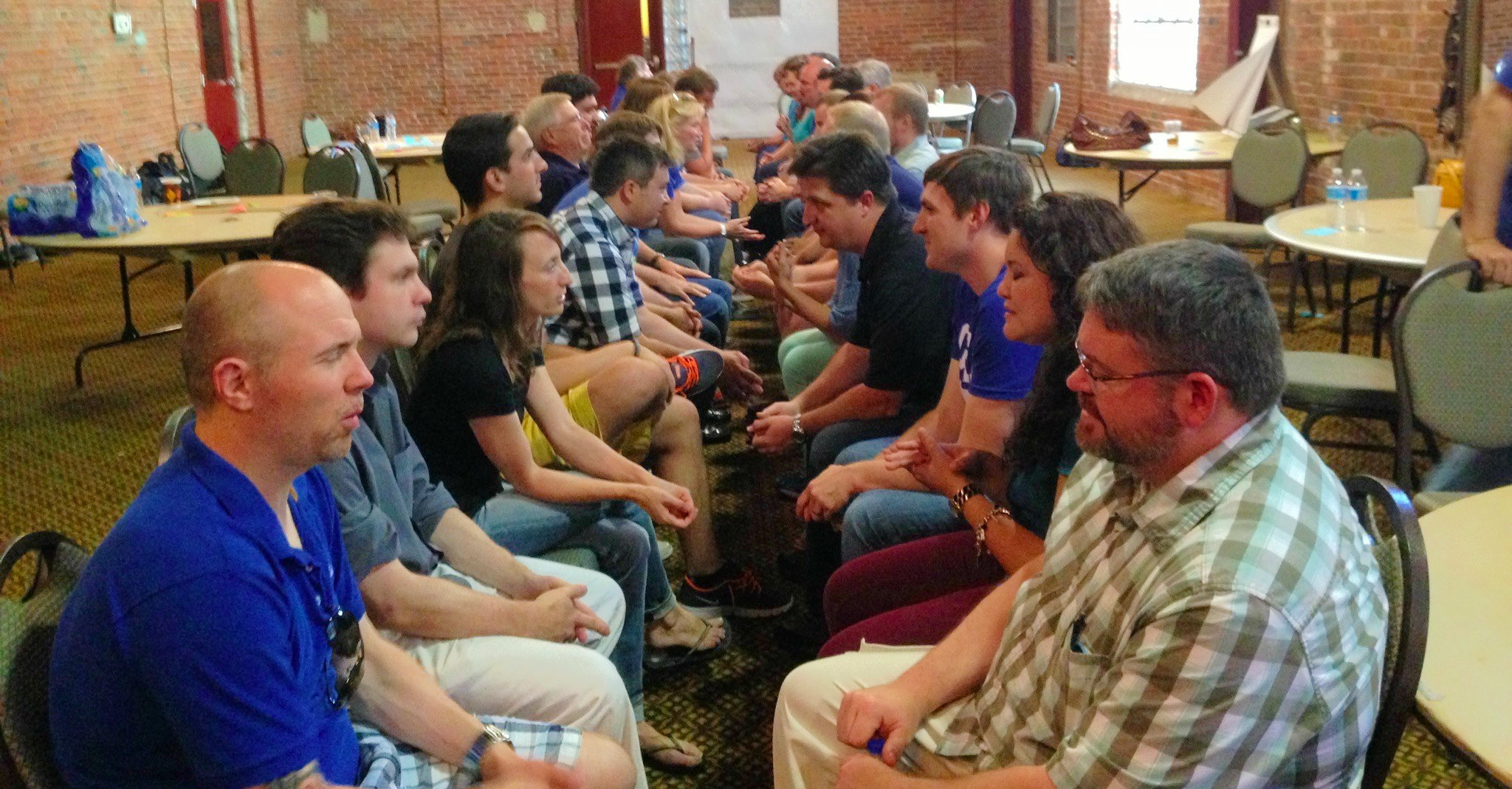 Clean Slate -- No Baggage Policy of a Change Agent

The clean slate is a session that Temenos conducts in organizations to ... 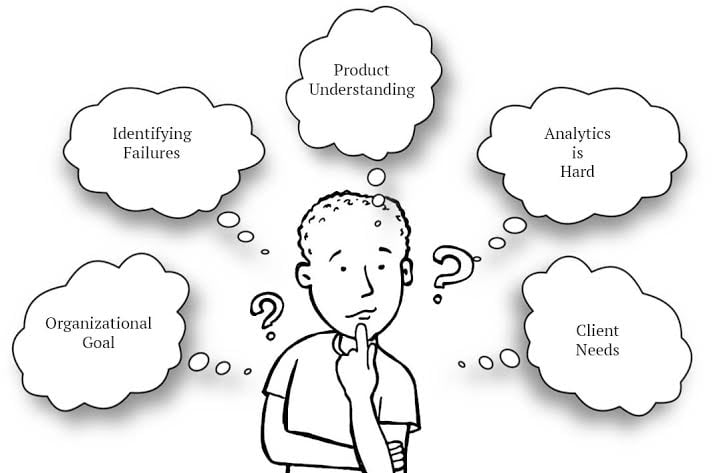 The present-day business environment is incredibly diversified; markets are ...