The History of Leadership: You would be amazed to know- It's no multi-billionaire industry/industrialist that initiated the leadership revolution. The leadership attribute was first displayed by some great military leaders who showed promising results in wars and left behind legacies.

Today's Industry has a lot to say and expect when it comes to leadership characteristics -- the humility, the aspects of being courageous, the mindfulness towards changes, the practice of listening with curiosity and accomplishing with integrity. But nothing seems plausible when you're left with surreal theologies in a real dimension. You know the things that are needed yet unattainable considering your ability and knowledge.

In this post, I want to share the wisdom of Norman Schwarzkopf, former U.S. army general and author of - It Doesn't Take a Hero. You will get to read his 14 rules of leadership (outlined in the book) which offers an authentic vision model for the modern leaders.

Leaders love their "troops" (teams) and let them know in many ways. Another aspect of leadership I've seen hold. When the people we lead genuinely see that we care, it can make all the difference.

Here's my in-depth explanation to Norman's idea (From the aspects of Enterprise and leadership): 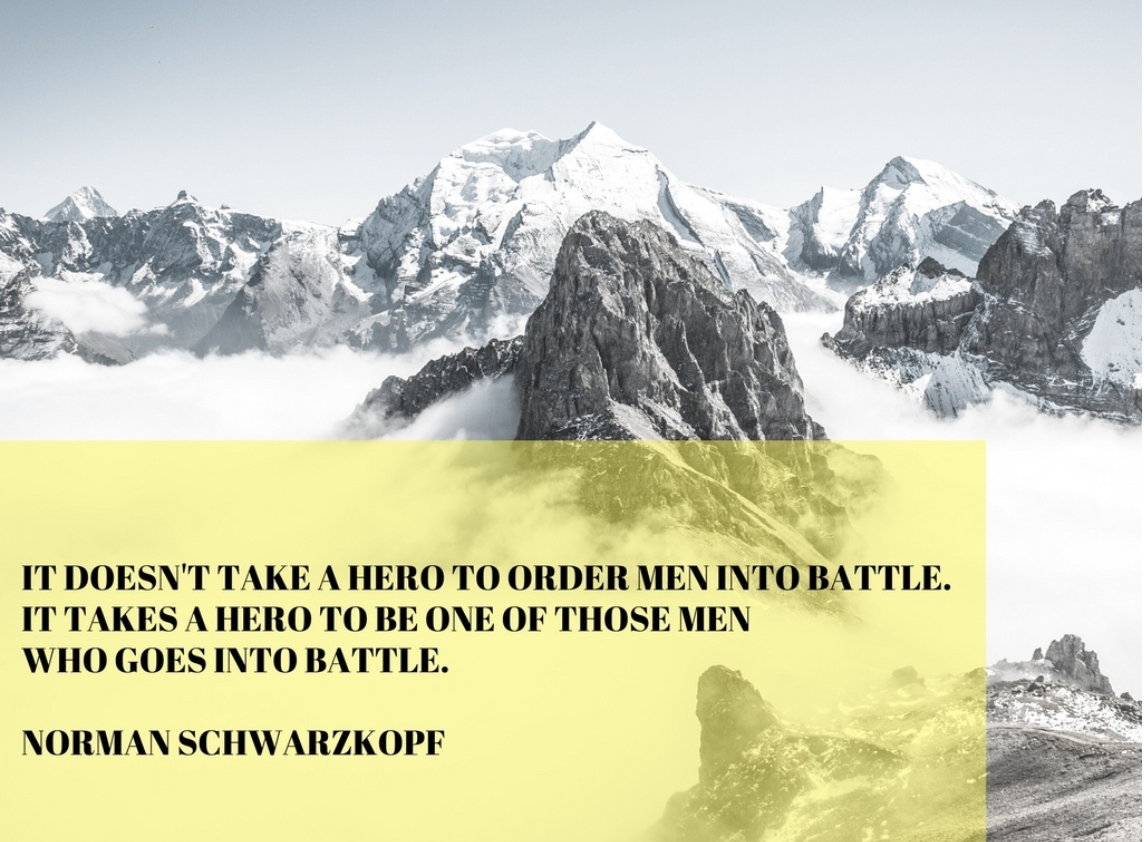 The rules, as mentioned above are the depiction of a conscious leadership (or intended leadership)--it is about having a clear and strong will to lead.

In a time of significant enterprise change, when things are prone to go wrong -- the so-called "smart managership" might be a burden on the people, system, and process. For instance, there's this particular kind of view about managers-- where most of the team members expect -- He's in charge. That's why he's got a plan imprinted on his DNA. All we have to do is follow what he says. It's like we have developed some religious views (in a workplace) that have surpassed our human intelligence. Which of course, had a chance to get filtered, if we would have built the workplace culture considering human empowerment. Therefore it is fundamental for a manager to be a leader.

So, how can we do it differently? How can we be able to navigate the work, the culture (with professionalism, dedication, and human kindness) and figure out how to open the door to the solution?

Another of Norman's rule that says,

"Leadership is a potent combination of strategy and character. But if you must be without one, be without the strategy."

If we are to build the Enterprise leadership, we first need to figure out what is the intent behind. Rather than looking at the logical goals (set by someone), set your eyes on the visions which are often considered grand and unrealistic. Because you don't know what you can do until you try, scrutinize your inner fears and take them as the challenges you need to encounter to protect the things that are important to you.

Besides your understanding, it is necessary to convey your intent to your working team. Tell them why you want to do this rather than giving them a task list (or making them reliant). Call out to them with your honest words. Specify the goals, not methods. Show them the big picture, where their contribution is highly valued. Make them Feel empowered, independent, and creative.

P.S. I believe, this is the time to go back, forget the outlandish reasons that have a hold on you and leap your ideal ways of doing things.. I find people fascinating who chase dreams that other hallmarked as impossibles.