How To Nudge Your Team For Positive Behaviors?

Nudging is a technique by which one could guide unconscious biases to bring a desired change in human behavior. Far from the Orwellian idea of mind-control, nudging could be done to instill a beneficial behavior in an employee without constraining their will.

This makes nudging of practical use for organizations.

What exactly is nudging?

The concept of nudging could be best illustrated with a simple example.

As is no secret, not many people like to have ‘healthy’ food even if they know it’s beneficial for them. The mindset is that though eating fruit promotes health, it doesn’t feel as good as having dessert. But if someone were to leave a fruit on your study table, you would begin having more fruits while reading etc. In other words, you develop a new habit and in time, you buy into the idea that consuming fruits is an enjoyable and healthy act.

Now, your mindset is to eat healthy food. In this context not consuming fruit anymore would be a dissonance. This illustrates a transformation of mindset for the good.

In the context of organizations though, nudging would be more acceptable if there is a healthy level of trust among the team members and between the team and their leader. Building such a rapport is possible with the Temenos Vision Lab or TVL. It’s a session developed by Temenos+Agility based on psychological insights and 25 years of business consultancy experience.

It helps the team members share their aspirations and values with each other and envision a compelling shared vision. This makes for a more cohesive team, one that is more open to the idea of nudging if it helps them towards the shared vision.

How organizations could use nudging to drive behavior changes?

For an example of a company benefiting from using nudging to bring meaningful employee behavior, we can look at an initiative of Virgin Atlantic from 2016.

For the program- meant to bring down the fuel use- the airline carrier collaborated with leading economists. The idea was to influence the behavior of 335 flight captains and thereby reduce the use of fuel.

Three separate groups of pilots were created as part of the experiment. The first of these was just alerted that their use of fuel would be recorded. The second group got reports regarding fuel usage every month. The third group got not just monthly reports but also particular targets they would need to achieve. Whenever this last group achieved a target, they were praised for it and if they failed in the same, they were encouraged. Not just that, they were also informed that for each target they achieved a donation would be made towards a charity.

In the course of the experiment, it was found that all the three groups used less fuel while flying compared to a separate control group. This translated into a financial saving of 3.3 million pounds, even while incurring minimal comparative cost to the company.

Devising a nudging strategy with TVL

It is safe to assume that there is no universal method of nudging that would be applicable to everyone. Every person’s psyche is different and the appropriate nudging to put them on a desired trajectory would be heavily dependant on that person’s aspirations and mindset. So, to tailor a strategy for instilling behavior change, a deeper insight into the values and aspirations of the individual team members would be needed.

TVL helps them articulate the values and strategies that helped them evolve in the past, and also the direction in which they wish to move in the future. All these things give you a good idea about the mindset of each member. By extension, this gives you a fair handle on how to nudge them into a more productive mindset.

The Influence Maps- a proprietary tool used by Temenos+Agility aids the change agents in framing and sharing fragments of their inner selves.

A key problem that inhibits behavior change in many change agents is the set of misapprehensions and fears they may have developed regarding certain processes or even people, based on past experiences. This is an all too human phenomenon- to feel drawn back into oneself in the face of uncertainties.

The flipside is that these mental inhibitions needn’t be permanent. With the right intervention, they can be removed paving the way for proper nudging. And given how these negative mental attributes are often deeply rooted and even rather personal, the persons themselves are best suited to make this intervention.

The Clean Slate session is a powerful means to achieve this. Included in TVL, Clean Slate helps one assess their inner selves and identify and eliminate the negative mental aspects which pull them back as change agents.

This weeding out process would not just result in a mind without unwanted baggage, but also give the change agents the confidence to take the next step in their professional evolution: Primed for nudging, in other words.

For a team that aims for the stars, nudging could provide the momentum

Jungian idea of psyche and nudging

Related to nudging, it’s worthwhile to look into Carl Jung’s concept of the psyche.

About conventional modern psychology, Jung said that the modern man’s reliance on physical explanations for all phenomena has led to a psychology that’s essentially devoid of the psyche. The concept of psyche as laid out my modern science is a result of biochemical processes. However, Jung was of the opinion that psychology that views psyche based on a spiritual principle is important.

Jung made this observation in 1931. Since then, many progressive ideas have been incorporated in psychology, expanding our understanding of the human mind. But the fact remains that to a great extent, psychological explanations still rely on the physical, rarely considering the psyche as autonomous.

It is in this context that the idea of nudging as related here finds a connection to Jungian ideas.

And as the results of experiments like the one by Virgin Atlantic shows, these nudges do result in palpable behavioral changes. Whether that’s a further call for considering the psyche as autonomous or not, we leave it to the experts to decide.

To further explore nudging, please watch the videos below from David Marquet- Captain (Retd.), US Navy and leadership coach. 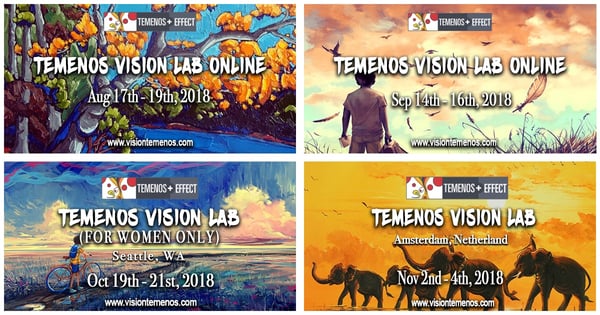